"Suffice it to say, I don’t think any of our pilgrims this morning knew they were going to visit the borders of Syria this afternoon. Not even the priest."

Read more in today's reflection from our Holy Land Pilgrimage.

Today our day started at the Greek Orthodox Church of the Annunciation. If you’re following along, yes, that’s a second place where Christians believe the Annunciation took place. While some might have a harder time with that (how can there be two places where the same event happened??), personally I don’t care to invest too much time getting hung up on those details.

At any rate, we stumbled into the church right before the first rain in eight months came pouring down. While we were visiting, a few locals were gathered to prayer morning prayer – their chants and incense intermingling in the air as they rose up towards heaven. We had a brief few minutes to join in their prayer before heading on. 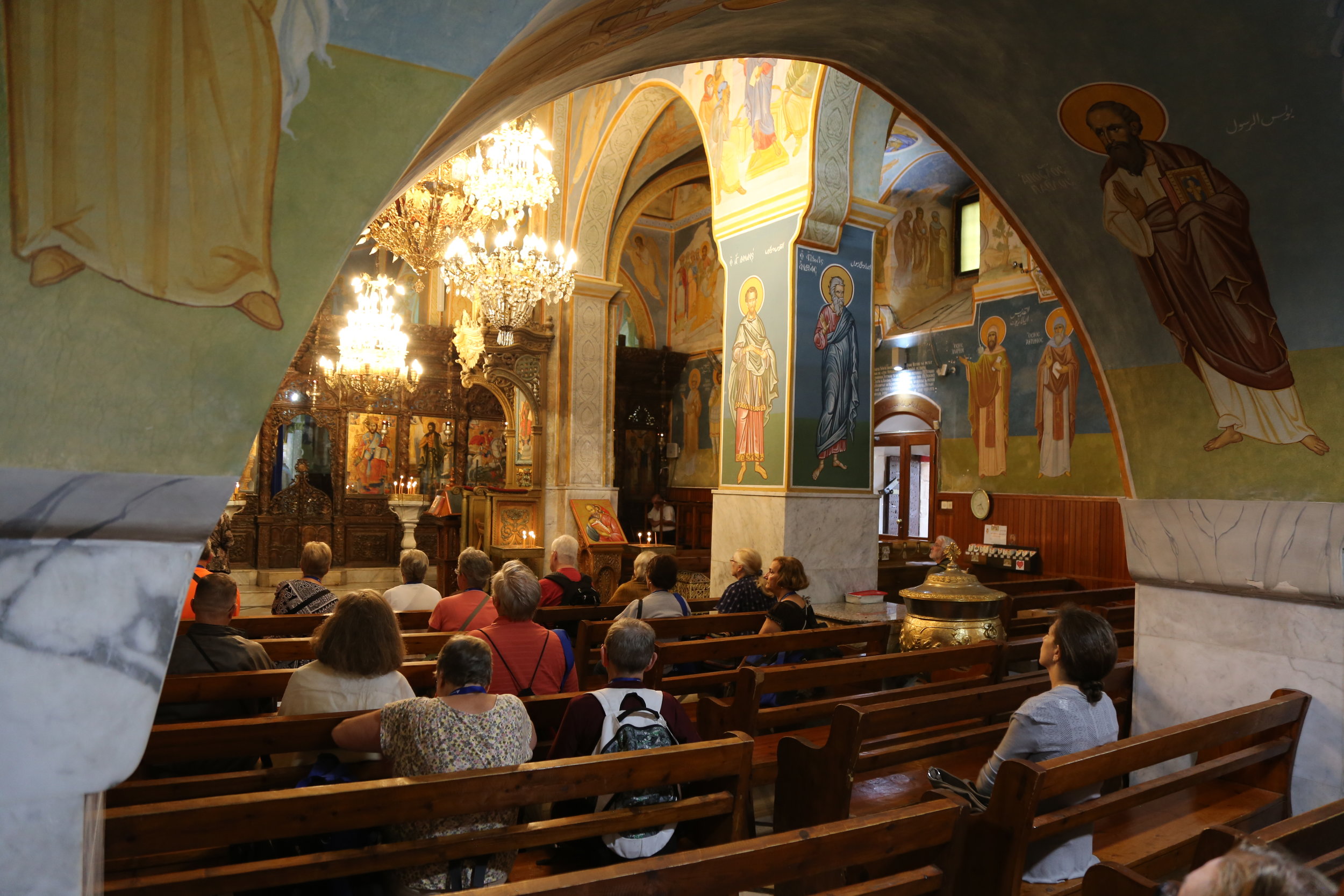 Greek Orthodox Church of the Annunciation – aka icon heaven.

Dodging the rain, we meandered through the streets of Nazareth, visiting the Synagogue Church as well as the home parish of our guide, Ghada, who is Greek Melkite Catholic. This church, right next to the Synagogue Church, was the place of her baptism, first confession, and first communion.

Being able to witness the local Greek Orthodox community pray, as well as seeing the home parish of our guide, what struck me was the recognition that while these areas are chalk-full of pilgrimage sites, they are also the spiritual homes of the local people. What did they think about us – these outside pilgrims? And did they take these pilgrimage sites for granted? Or did they actually able to cherish these places even more since they are so intimately familiar with them?

In the afternoon, we also had a chance to visit the Israel-Syrian border in what is known as the Golan Heights. The Golan Heights is the little northwestern outcropping of Israel that is bordered by both Lebanon (to the west and north) and Syria (to the east). 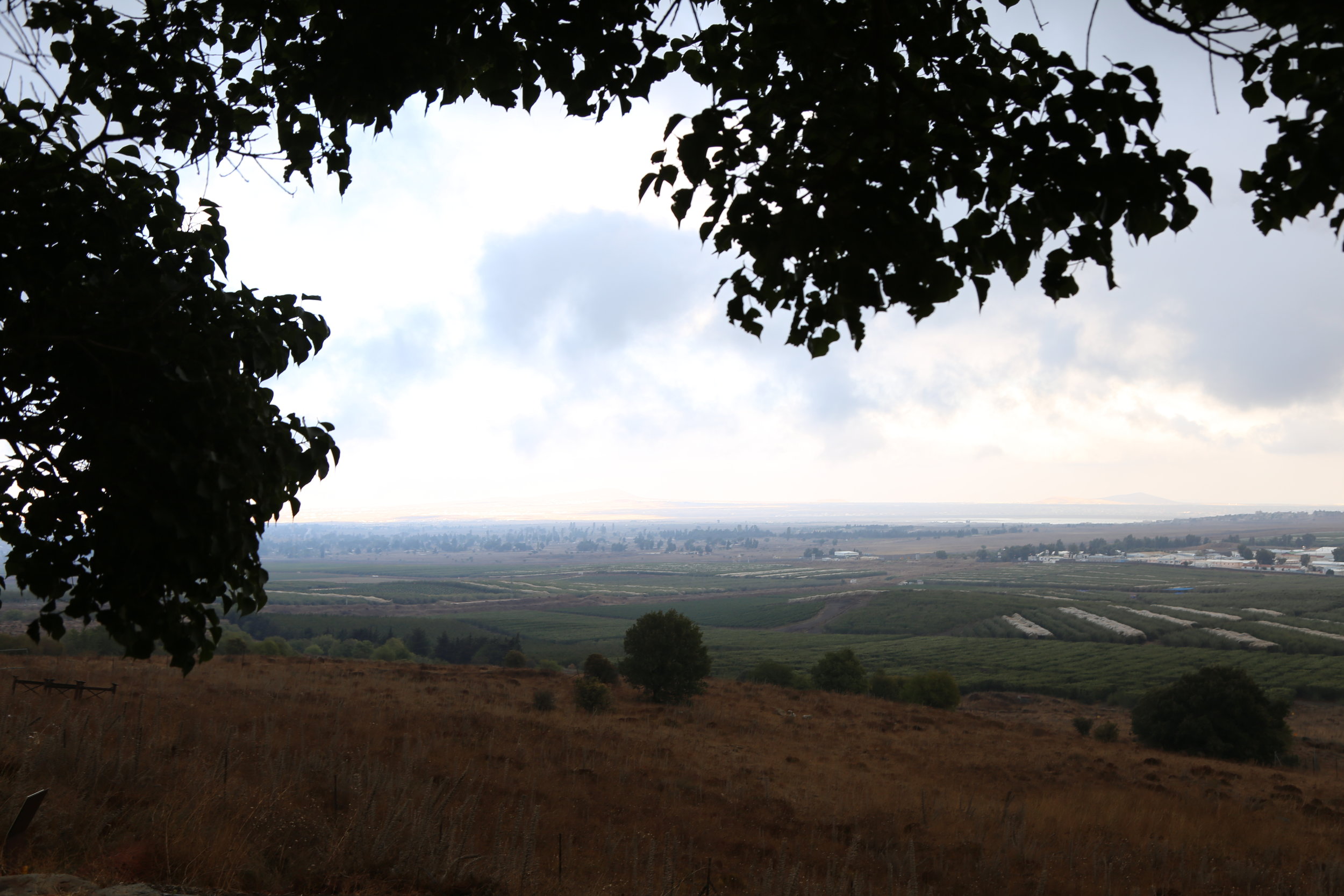 Suffice it to say, I don’t think any of our pilgrims this morning knew they were going to visit the borders of Syria this afternoon. Not even the priest. Partially I did that on purpose, because I didn’t want them to be too worried about where we were headed. But Ghada quickly made up for lost time as she pointed out the windows of the bus the old mine-fields lining the sides of the roads we were driving on. These mine-fields were a stark reminder of the Six-Day War in 1967. Before the war, parts of the Golan Heights were a part of Syria. After the war, they are now a part of Israel.

Again, in a similar way to earlier in the day, what struck me about our visit to the border was the reality that people lived in these areas. Right along the fence dividing Israel and Syria – a child’s playground.  And how have accidents in the mine fields happened? When people enjoying skiing in the area during the wintertime can’t see the fences under the snow.

While some might assume war-torn countries like Syria are these God-forsaken lands only found in the news, the reality is that people live there. People work there. Pray there. Children play there. And I suspect dreams are dreamt there, too.

There’s only so much we can fit into these reflections, so we can’t cover every last activity from each day.  Find plenty of pictures and videos from our journey! Just follow us on Instagram and Facebook.  Here are a couple more from today. 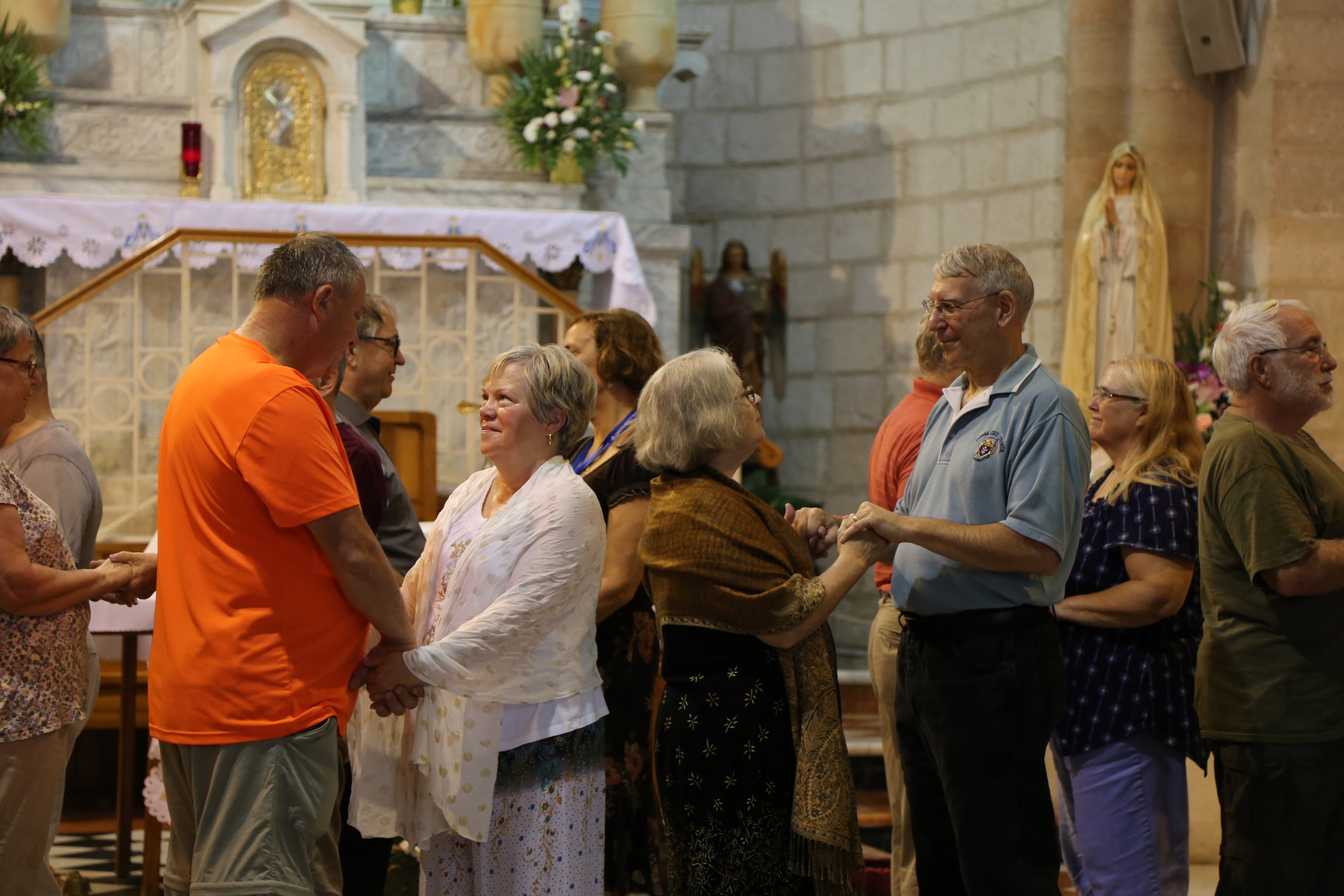 Renewing wedding vows at the Wedding Church in Cana. 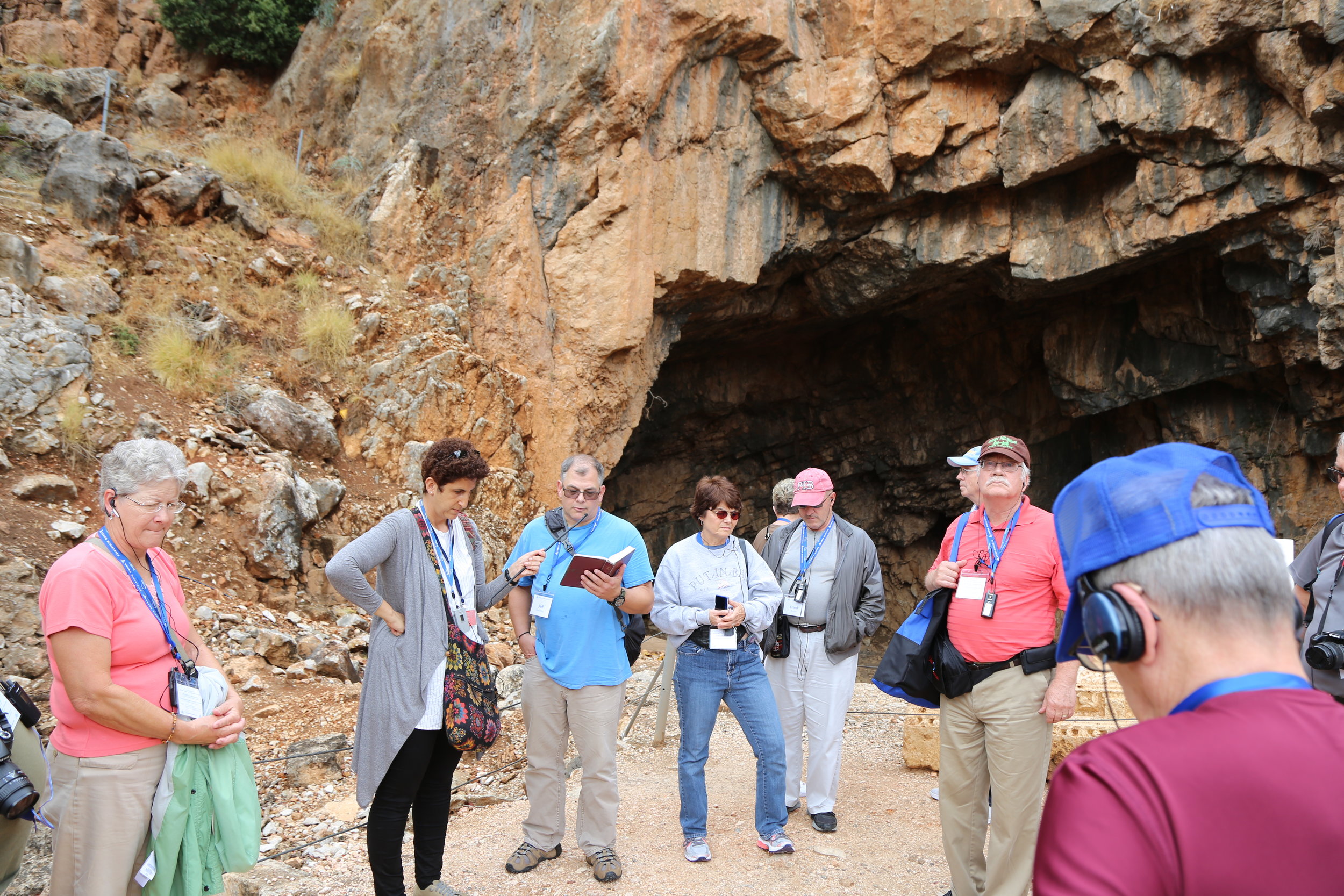 Reading the Scripture passage from Caesarea Philippi (Matthew 16) when Jesus asks his disciples, “Who do you say that I am?”