Joshua Schaffner, President of Verso Ministries, shares a bit about his own experience on pilgrimage and how that changed his life.

There is an often mis-attributed St. Augustine quote, “The world is a book, and those who do not travel read only one page.”  While it’s one of my favorite quotes, there is little evidence to trace it to St. Augustine.  However, I do think he would agree with it, and so do I.

Life is a complicated journey filled with trials, joys, and surprises.  We are on an earthly pilgrimage, heading to our heavenly home.  It is my experiences on pilgrimage, in particular one instance in Israel, that helped me to understand that a bit more.

It was March of 2014 and my father was in hospice care.  I was a Director of Faith Formation at my parish and scheduled to lead a group to the Holy Land.  I had made plans with the group to miss the pilgrimage and stay with my family.  When my dad learned of my plan to cancel my role in the pilgrimage he did everything shy of calling the airlines himself to re-book my ticket.  He was not going to let a year of planning, prepping, and anticipation to be shoved aside simply because he was not well.  What a gesture of sacrificial love.  He wanted me to take his trials with me on the journey to offer them up in prayer.

So, I arrived a day late, with no idea how I was going to actually connect with the group.  I hopped in a taxi at the Tel Aviv airport and took the 90 minute drive to Tiberias and the Sea of Galilee.  He appreciated the lengthy fare and showed his gratitude by sharing half of his lunch sandwich with me.  It’s the simple surprises that leave long-lasting memories.

Through communications with the office of the bus company I found out the group would be at Capernaum when I arrived.  If you’ve never been to Capernaum, it’s a large complex of ruins along the shore of Galilee, hundreds of acres.  There are outdoor alters, remains of the ancient town, and a modern church.  As my taxi pulled away, I shouldered my backpack and began looking for the group.  There were dozens of pilgrimage groups and I felt lost in a sea of people, trying to find my group among the crowds.  Then from behind, a tap on my shoulder.  To my surprise, it was my pastor, Fr. Rick, who had been on the lookout for me and found me amidst all of the people.

On that pilgrimage I came to know so much more about what it meant to be a son of my father, a beloved son of God, and what it means to call a priest “father” as he was that pastor looking for someone who was lost.  I pilgrimage because there is so much it can teach us about life through the trials, joys, and surprises that await us on every step of the journey. 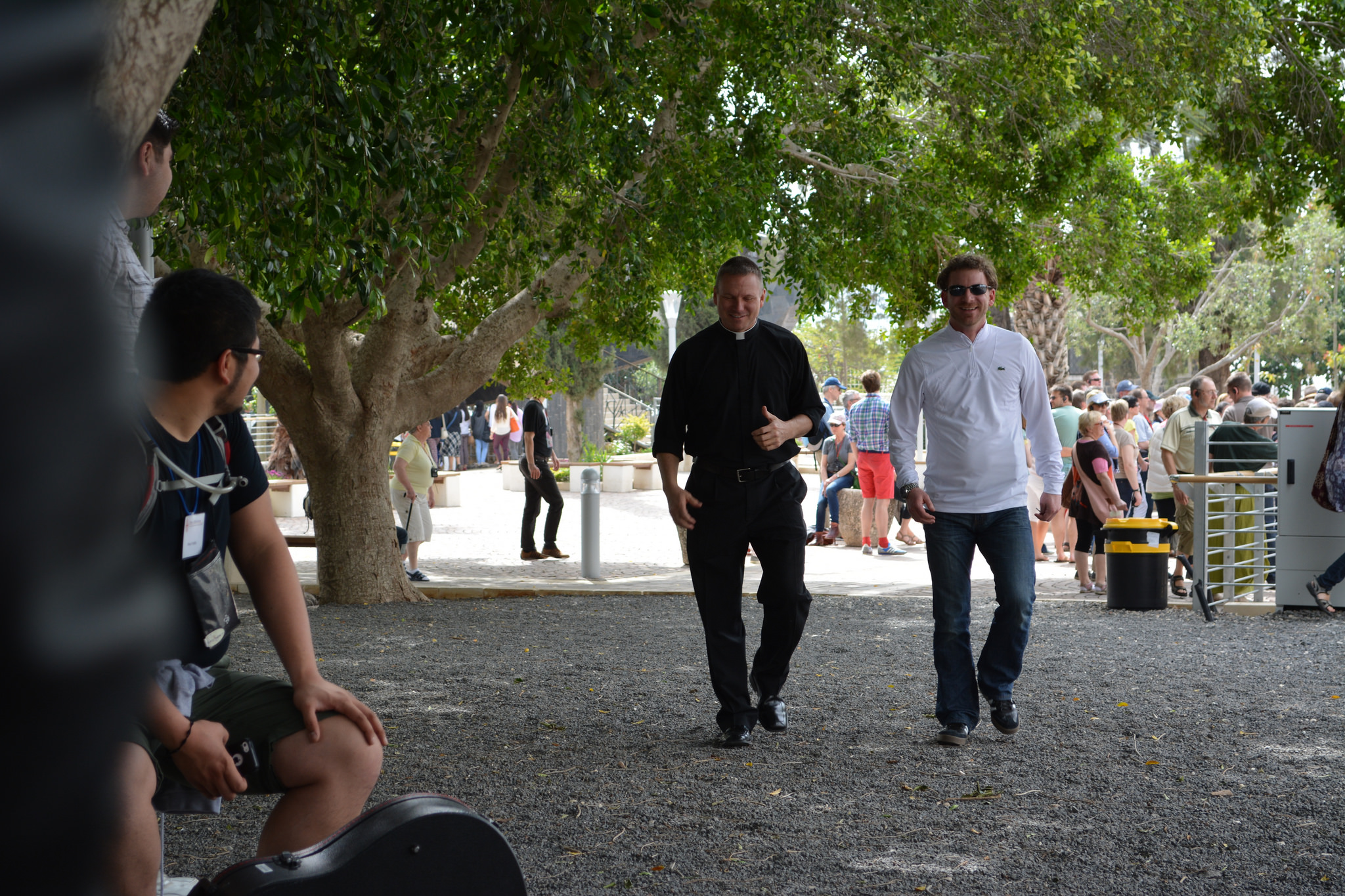 PrevPreviousGifts So Ordinary
NextMy Journey to Easter and the ChurchNext