Will There Be Faith? When a Pilgrimage Became an Urgent Question

"With so many reasons outside those hallways to believe that our lives are being drained of beauty, standing right there I could only marvel: 'We live in a world where people have this faith. It’s beautiful.'"

Can faith be found on earth? Read about where Lenny DeLorenzo discovered it. 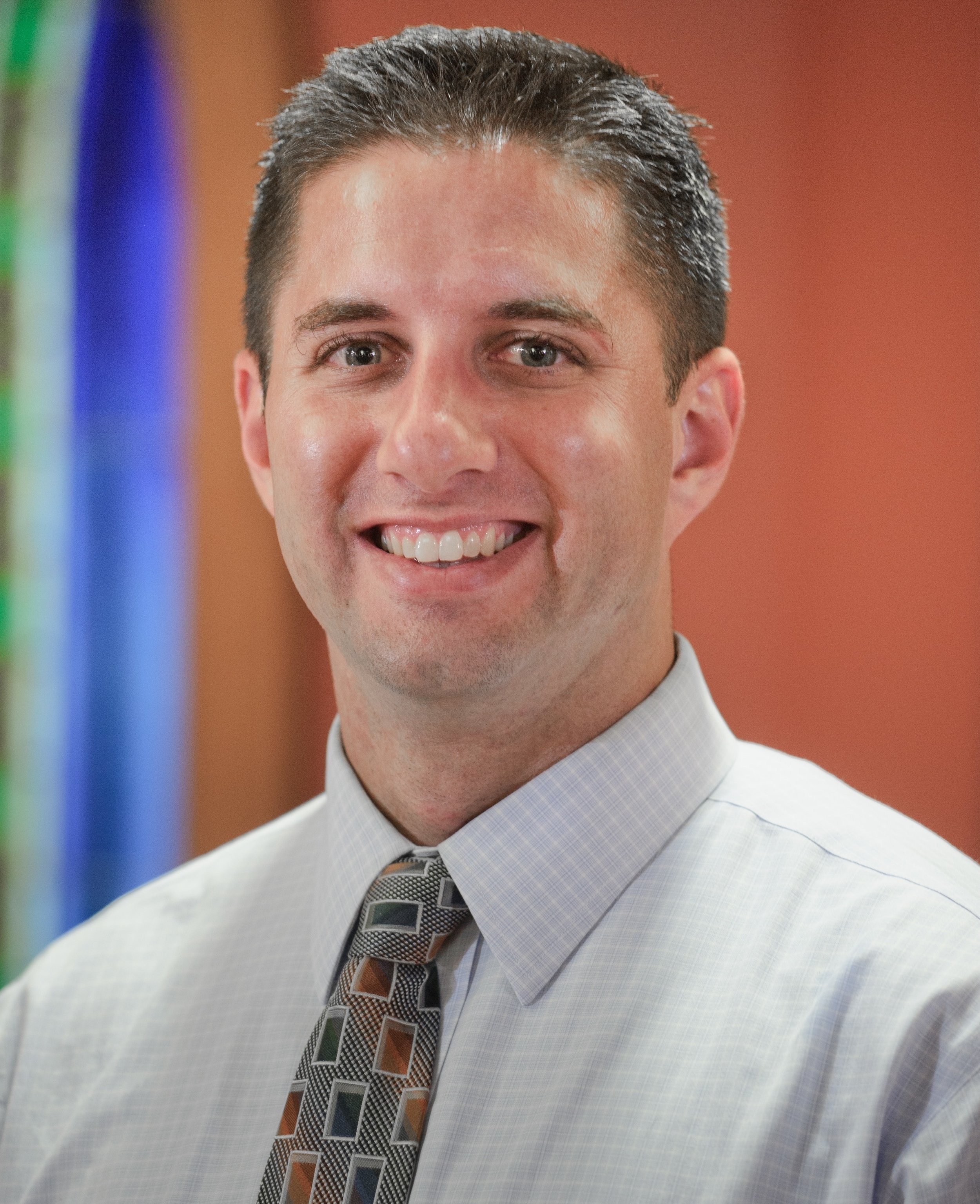 We were asked this question twice—once when the Gospel was proclaimed in Latin and once again when it was translated into English. The strange urgency of the question didn’t strike us the first time because the words were foreign, but the second time they were spoken in our native tongue even though we were in a foreign land. The setting was ornate and the occasion was peculiar: we were 19 Americans gathered at the 9:15am Mass in St. John’s Co-Cathedral in Valletta, the capital of the tiny rock country in the middle of the Mediterranean Sea known as Malta. We were not tourists but pilgrims and to hear this question on the first morning of our pilgrimage was quite an odd thing. No one would leave for a pilgrimage unless he already assumed there was faith to find “out there”, a faith that he hoped would grow in him. And yet from the lips of Jesus comes the question as to whether he would find any faith on this third rock from the sun. The urgency of that question strikes in a particular way for a novice pilgrim because if faith is not certain then I might as well ask myself: “What am I doing here?”

By the third day of the pilgrimage, I had, quite literally, walked into the answer to both questions: is there faith and what am I doing here. 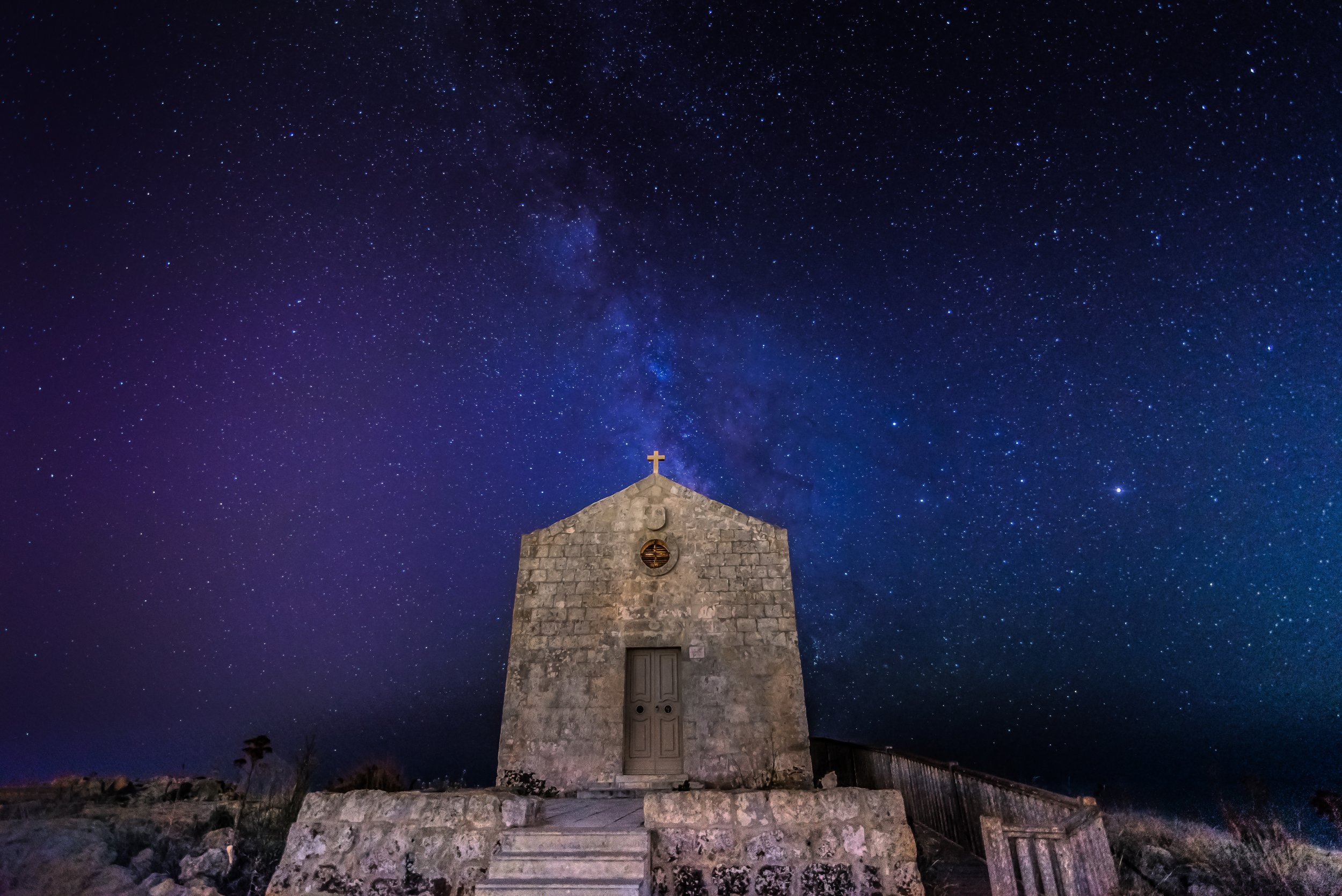 “Is there faith? What am I doing here?”

We spent Day 3 on the island of Gozo, the smaller sister island of Malta. We celebrated Mass again, this time in the tiny chapel within the apse of the National Shrine of Our Lady of Ta’Pinu. This is the site where, in 1883, a Maltese peasant named Karmni Grima heard the Blessed Mother beckon her to “Come [Ejja]” into the chapel of the church and pray three Hail Marys before the painting of Our Lady. In the following years, not only was Grima cured of illness but also miracle upon miracle was attributed to Our Lady of the Assumption, to whom the church is dedicated. In 2010, St. John Paul II prayed on the very spot where we had celebrated Mass and from there he had invited everyone to “pray to Mary under the title of Queen of the Family.” When I walked out of that chapel where our Mass was preceded by a saint’s prayer and a peasant’s encounter with the Blessed Mother, I turned immediately left. What I walked into was something very much like what I now imagine the antechamber to Heaven will be: floor-to-ceiling displays of the graces and prayers of countless people in the form of ex voto gifts.

Photos and paintings, leg braces and arm casts, babies’ clothing and elderly walking canes told the story of prayers offered to the intercession of Our Lady and the graces received in response. These relics of faith enveloped me as I walked through corridors of gratitude, where the lives and loves of those who had entrusted their cares to the Blessed Mother wrapped me like a robe in winter. With so many reasons outside those hallways to believe that our lives are being drained of beauty, standing right there I could only marvel: “We live in a world where people have this faith. It’s beautiful.” 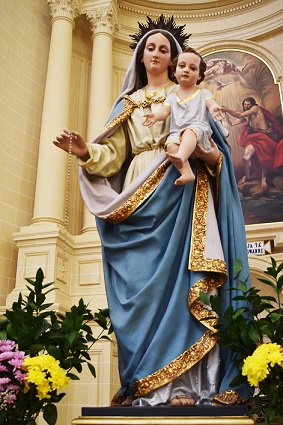 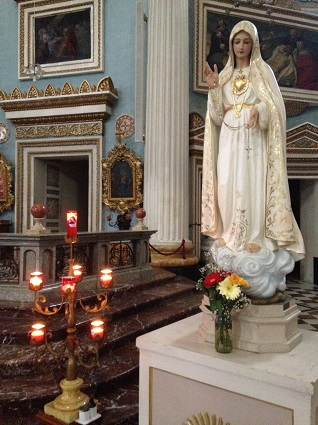 These displays were on both sides of the chapel as if flowing under the mantle of the Lady who is venerated at the head of the church. Her mantle flowed wider than anyone could even see since for every item displayed, hundreds more were in archives. What I saw under Mary’s mantle was the faith of the people, and once I saw that faith there—in Ta’Pinu—I started to see it everywhere.

No fewer than six parishes on tiny Malta are dedicated to Our Lady’s Assumption alone. The votive candles surrounding her statues throughout all the country’s many churches—large and small—flicker incessantly with the pleas and passions of both the Maltese and the visitors to their land. The corners of buildings boast of carved reliefs of Our Lady, often holding her Most Precious Child, perching above the slow hums of the island’s daily life. She dots small domestic courtyards and stands on the sidelines of children’s soccer pitches. Mary is everywhere; the whole of the Maltese archipelago is Marian.

Even though she is everywhere—in her shrines and statues and stations of prayer—Mary isn’t announced across Malta the same way that St. Paul (the island’s most famous shipwreck survivor and personal evangelizer) or St. Agatha (the savior of the ancient city of Mdina) or even St. George Preca (Malta’s first native saint) are prominently revered. She just rests with the people and they rest under her mantle. It is all settled; it’s just assumed.

“The answer he provided as to whether to trust oneself to the care of Mary, to believe in the miracles, or to see the beauty of the devotions was simply this: “It’s a matter of faith.”

Several days after my first encounter with the ex voto gifts, I found myself, once again, within the glowing orb of these devotions. This time my companions and I sat below ground, underneath the Sanctuary of Our Lady of Mellieha, in a Marian grotto. We 19 pilgrims prayed the luminous mysteries of the rosary with the statue of Our Lady and her Most Precious Child before us and ex voto offerings behind us. It was a smaller display for a smaller space but, again, for each relic present, untold hundreds lay in archives elsewhere. Bracketed between Our Lady and the prayers of the many, we also happened to be in the company of the sanctuary’s sexton who watches over the both the chapel above and the grotto below. It was this man—Jim—who gave voice to the wordless witness of all the many ex voto gifts here and at Ta’Pinu and everywhere else:

Our Lady is always there waiting for us; it is up to us to go to her, to say, “You know my feelings, you know my needs, so you have to do something about it!”

The answer he provided as to whether to trust oneself to the care of Mary, to believe in the miracles, or to see the beauty of the devotions was simply this: “It’s a matter of faith.”

Up above, in the chapel of the sanctuary itself, my fellow pilgrims—all college students—sat in uninterrupted silence without a desire to budge or wander, as they had done not so much instinctively as hungrily in each silent place of prayer we visited during our stay in Malta. The gift of rest for those who, like myself, are all too accustomed to the busy pace of our world was unfurled before us wherever Mary was venerated. She gave us peace. 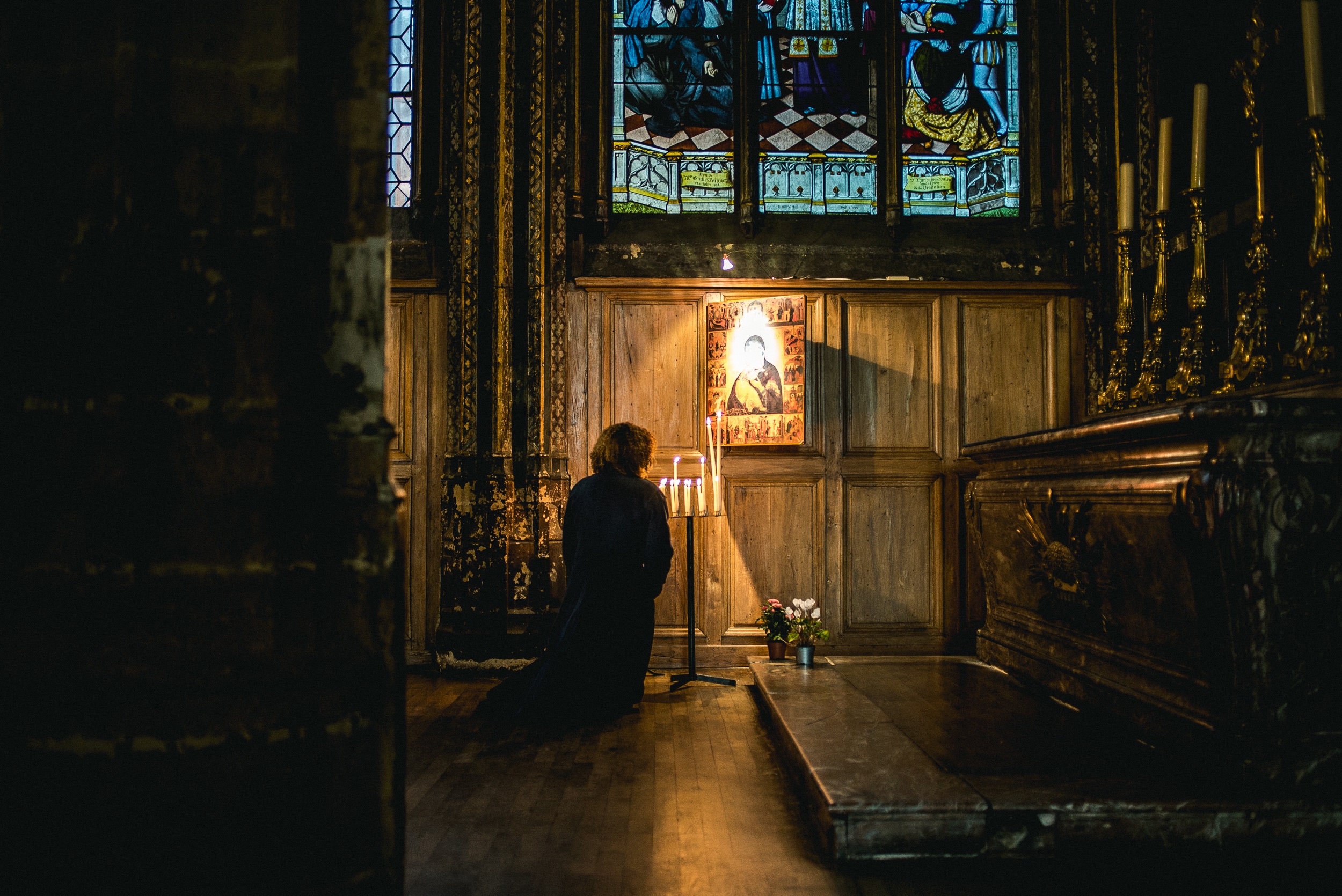 When at last the time came to leave the Sanctuary of Our Lady of Melheilla, I thanked Jim for spending time with us and he, in turn, offered me a gift greater than any I could have imagined. He said, “This is a beautiful group. I was happy to pray with you. I will remember you and pray for you.” The thought of him praying for us—for me—fills me with peace and great joy; I know he is a saint. It is a matter of faith and this faith matters. All faith matters. 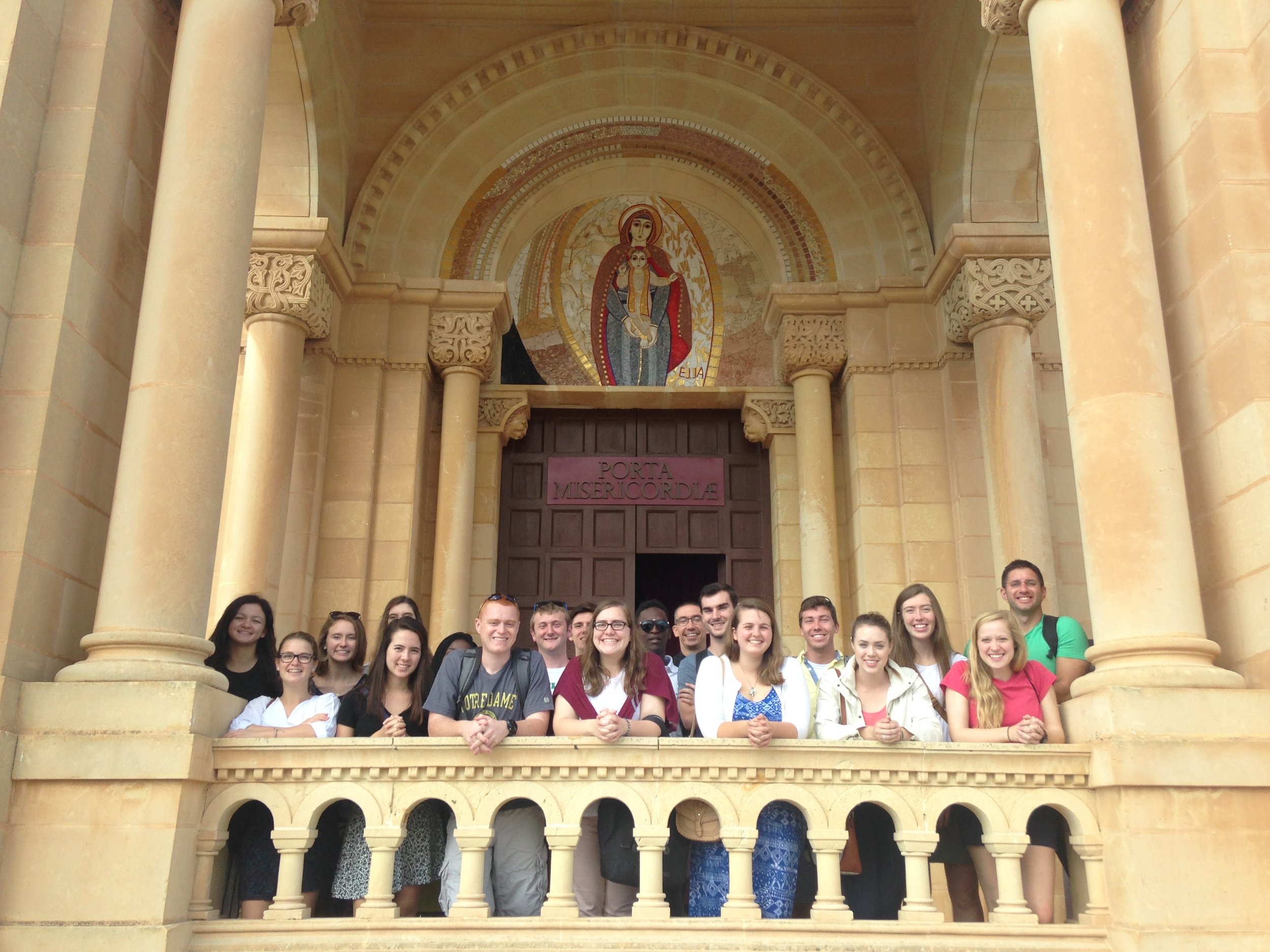 Not everyone can go to Malta, though I wish they could. But everyone can do what I will now do whether or not you can travel far or not at all—that is, to make a pilgrimage to the arms of Mary, to be wrapped in her mantle. The invitation to do just this was given to me during the last leg of our journey by yet another saint, Gianna Beretta Molla, after whom my youngest child is named and about whom I read on our transatlantic flight home. Gianna made this Marian pilgrimage daily as she commended to Mary all her cares and hopes and needs and desires, trusting that Mary would, in turn, hand them to her Most Precious Child. I hope to learn to entrust myself to this immaculate mother whose mantle sweeps across time and space to gather all into her perfect faith:

In this trust I rest sure of being heard in everything, with this trust in my heart I greet you Mater mea, fiducia mea [My mother, my confidence]; I consecrate myself entirely to you, begging you to remember that I am your own; guard me and defend me, sweet Mary, and in every instant of my life present me yourself to your Son, Jesus.

Lenny DeLorenzo, Ph.D., directs the Notre Dame Vision program for the McGrath Institute for Church Life. He has recently published a book entitled Witness: Learning to Tell the Stories of Grace That Illumine Our Lives. This piece was previously published at churchlife.nd.edu (http://churchlife.nd.edu/2016/11/10/pilgrimage-and-the-urgent-question-of-faith/) and is posted here with the permission of the author.

This is the penultimate guest story during the season of Easter. Visit us next week for a story about St. Damien of Molokai, the “leper priest” who served those with Hansen’s Disease on the island of Moloka’i in Hawai’i.

PrevPreviousThe Pilgrim as the One who Plays
NextGifts So OrdinaryNext