"This was sort of a rare moment for my time abroad. It was not rushed, not loud. It was a little glimpse at a big picture that could not be captured in a camera. And it was a moment to stop and be in." 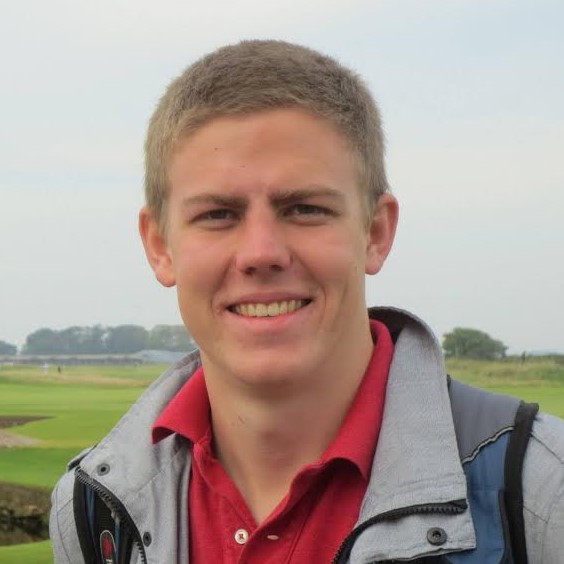 I rolled out of bed groggily to get to my alarm before it woke up too many of the other people in the room. It was one of those cheap hostels where—no matter the time of day—the lights in the shared room are always off and someone seems to always be sleeping. But, when you’re a college student hopping between different European cities every weekend, you save money where you can.

This particular weekend, the city was Edinburgh, Scotland, the hostel was called (creatively) “The Hostel” ($9/night, for the record), and the plan was for five of us to meet up at 4:30 in the morning for a sunrise hike. The destination was the top of Arthur’s Seat, a cliff overlooking the magnificent medieval capital city. It was one of those plans that sounded great at the pub the night before. When the reality of the waking hour hit though, it didn’t seem quite as appealing. In fact, two of the conspirators changed their tired minds and stayed in bed. We didn’t really blame them.

Miraculously, we found hot cups of coffee and pastries that fueled our spirits to start off on our walk. The streets were dark and deserted, calm and quiet. Myself and my two walking-mates were quiet too, and happy to get moving in the cool air of that September morning. Edinburgh is a beautiful, ancient city and it was even more apparent while walking through the peaceful streets before the sun was up.

We made our way outside the city to the bottom of the hill. The rise called Arthur’s Seat stood above us and the sky was just beginning to lighten. Overall, the hike up the hill was not particularly difficult. We had fun together scrambling up the steep spots and sliding down the grass slick with dew. As the air around us warmed, so did our spirits. We chatted and joked as though we’d known each other longer than the five weeks we’d been abroad together.

We got to the top as the sun was peeking over the hidden horizon. The hill is to the east of the city, so the sun was coming up behind the mountain, and us, as we sat on the edge looking over the dark city. As it did and without speaking, we all sort of drifted off on our own; each of us taking in the scene in a serene silence as the city slept below us. It was at once a simple and a spiritual moment. If I thought the city was beautiful while walking through it, it was even more so as I sat, feet dangling, watching its day begin. Seemingly right when the sun hit the city, the bells of churches started ringing the seven o’clock hour, and the sublimity of the scene was complete.

This was sort of a rare moment for my time abroad. It was not rushed, not loud. It was a little glimpse at a big picture that could not be captured in a camera. And it was a moment to stop and be in. To behold the beauty of our world. To feel gratitude for the opportunity and the company. To breathe in and out the fresh air of a spectacular country. The whole experience was a time of chatting and talking stories while in – and above – a city that is the home of so many stories (Robert Louis Stevenson, J.K. Rowling, Sir Arthur Conan Doyle, and many other authors lived and wrote there for some time). And it was capped with a surreal scene of a city that glowed gold.

From the outside, this was probably not the most fantastic or most extravagant memory of my time in Europe, but it was meaningful, substantial, and profound. It was a mini-pilgrimage that surprised us with its weight. It stays with me because of its simplicity and authenticity, two things it seems are harder and harder to find if we don’t intentionally seek them.

Duncan Campbell formerly worked as a Pilgrimages Intern in the Office of Campus Ministry at the University of Notre Dame, which was basically the dream job for a college student who enjoys delicious food, international travel, and meaningful experiences. Duncan is currently a second year medical student at Loyola University Chicago’s Stritch School of Medicine.