My Journey to Easter and the Church

Guest contributor, Laura Scheele, shares a reflection about her first Easter journey when she came into the Catholic Church through the Rite of Christian Initiation for Adults (RCIA).

When asked to write a piece about my journey to Easter through RCIA, I first thought “what could really be exciting about MY story compared to others?” Once I sat down and began to reflect on the transformation which took place over a few short months, however,  I suddenly felt I indeed had a story to share.

My story 6 years ago was that of a young, lost girl from a broken family. I was a recent college graduate and a teacher, with secret ambitions to be on a stage singing. I was a girl who called “Only the Good Die Young,” her them song; a girl who searched all the dark corners of the world for love, affirmation, and something to fill her soul, just to come home feeling emptier than before. I was a skeptic, most likely for fear of more heartbreak and let down, until I met a certain kind of man, who stopped me in my tracks. He was a man who looked beyond my past and guarded-walls to see in me a far better version of myself. That man asked me to be his wife, BUT it would have to be a Catholic wedding. So for him, I sat down in my first RCIA class. 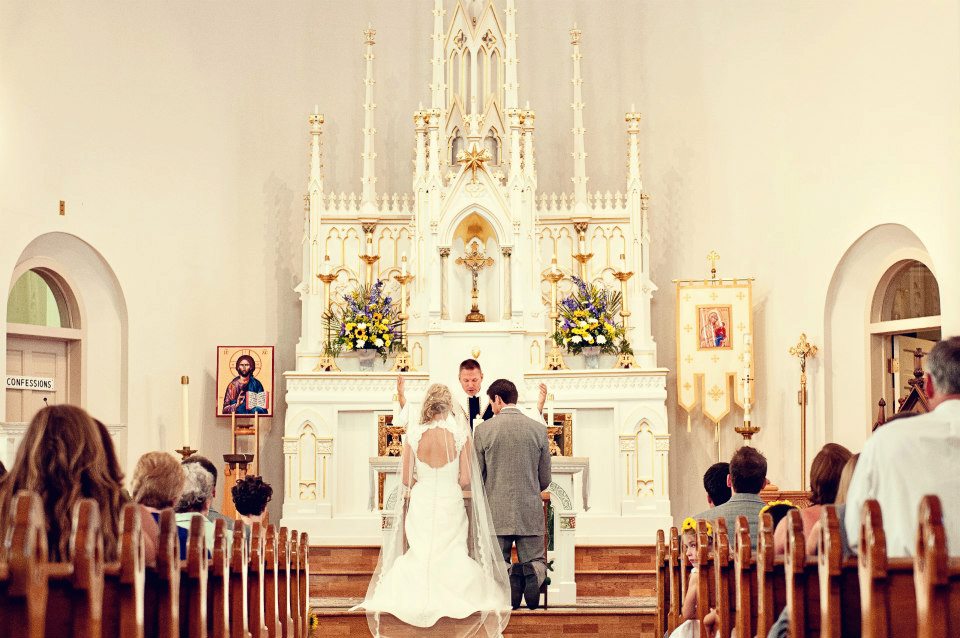 My teacher’s name was Linda. Linda was a former scientist and atheist – a skeptic, like myself (nice one God). Life events had sent her searching for truth, but because she was a scientist, she did not merely read the Bible, she examined it, she dissected the words, she was an expert.  For me in 2012, she was nothing short of a gift from God. Before I even knew I believed she took what were stories in a book and brought them to life in front of my eyes. She showed connections and illuminated truths that began to set flame to the ground on which I stood. Suddenly I found myself, just for a moment, with the audacity to believe, and it was in that moment I realized, I always had.

Even as a child, without ever being told to, I knew to pray to God when I needed help. When lost in a crowded city, when my rabbit ran away, I prayed because I knew then, God would come through. He did. He always found me, right where I was. It wasn’t until I got older and saw some of the darker parts of the humanity that I closed my heart to Christ. 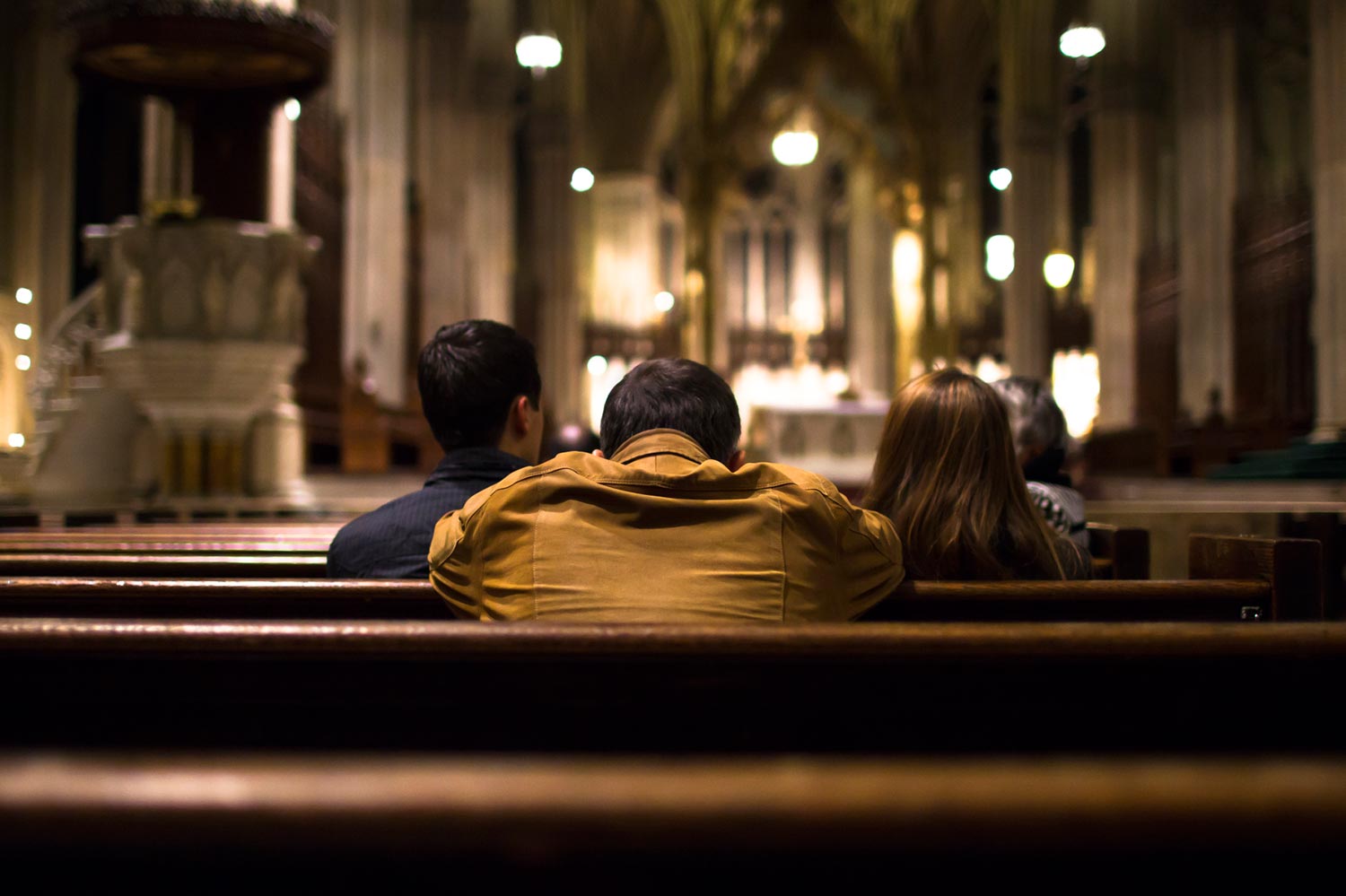 So there I was,  25 years old and once again a believer, but that wasn’t the end of my journey. Suddenly choices I had made in my “lost days” weighed heavier than ever. I felt unworthy of love. That is where reconciliation came in. Father Rick, our pastor, came into the class to help us prepare for our first Reconciliation. He told us to make a list of absolutely every sin, seemingly big or small we could recall. My list was extensive and the thought of looking him in the eye, the priest who would be presiding at my wedding, and telling all was terrifying. I walked into the room hesitantly, until I looked into Father Rick’s eyes, because what I saw looking back at me was not a man, it was love – the kind of love which can only come from The Father. I read through my list, every word was a weight off my heart. When I was done, and told I was forgiven and loved, the feeling I felt in that moment could only be compared to the feeling I felt when I held my daughter in my arms for the first time. I was worthy, I was special, I was the only person in the world, and I knew redeeming love for the first time. I sat in the pews and sobbed.

Today my story is that of a woman. I am a wife, and a mother of two daughters. My favorite song is “Here I am lord.” I am a cantor, leading masses and weddings in song. I still love to travel the world, but now it is to spread love to others and be in awe of the beauty God has made. Most of all I’m a Roman Catholic Christian and was given new life in Christ. I am not saying I don’t still see the lost girl here and there, but it isn’t long before I am brought back to the same pews where I became a new person. It was very fitting that my name changed the summer following that Easter.

My hope for everyone is that they meet a person who loves them just as they are like my husband did (and does), a teacher like Linda, a Father like Father Rick, and Christ. I hope you encounter Christ along your journey. 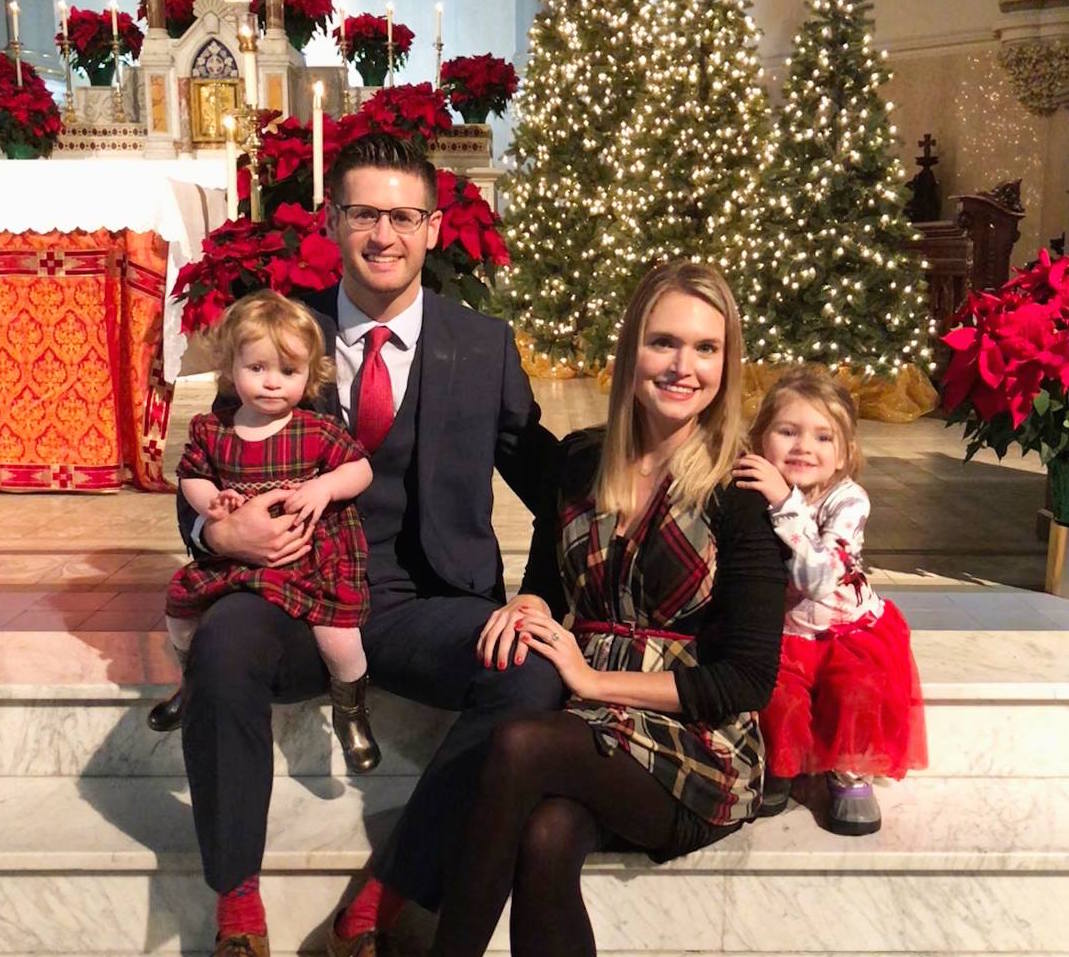 Laura Scheele lives in Indianapolis, Indiana with her husband and two daughters.