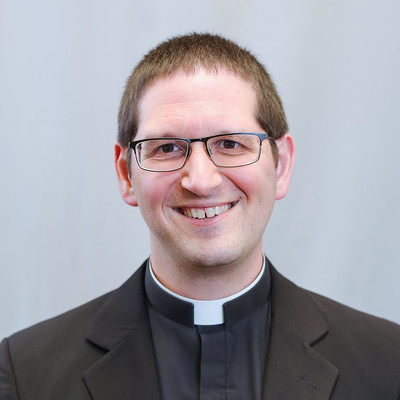 After a two-year delay, Father Eric Augenstein will lead a group pilgrimage to Oberammergau, Germany, in July of 2022. Joining him will be co-chaplain Father Tony Hollowell. Pilgrims will experience a centuries-old tradition — the famous Oberammergau Passion Play, established in 1634 and put on every ten years since.

Having gone before in 2010, Father Eric says that the Oberammergau experience is more than it seems. “The Passion Play is so much a part of the city of Oberammergau and the people of that city. You really get to experience not just the play itself but the culture and the people. It’s a whole experience — going to Mass the morning of the play and being in the town and getting to know the culture of Bavaria and the wood-carving history. It’s so much more than just the Passion Play itself.”

Get to Know Father Eric

Father Eric currently serves as the pastor of Nativity of Our Lord Jesus Christ Church in Indianapolis. He is also the Director of Vocations for the Archdiocese, a position he has held since 2013.

A well-traveled chaplain, he’s served on over a dozen pilgrimages, including the Holy Land, Italy, and France. He’s also led groups to World Youth Day on three separate occasions. Throughout these experiences, he’s had the opportunity to see pilgrims have personal encounters with Jesus through celebration of the Sacraments in new places.

This will be his second time experiencing the play, and he can’t wait to be there again. “I went to the passion play in Oberammergau in 2010.” Father Eric said. “I had such a great experience that I thought ‘if I ever have the opportunity to go again, I’ll jump at the chance.’ So here I am!”

The Start of Oberammergau: A Pandemic 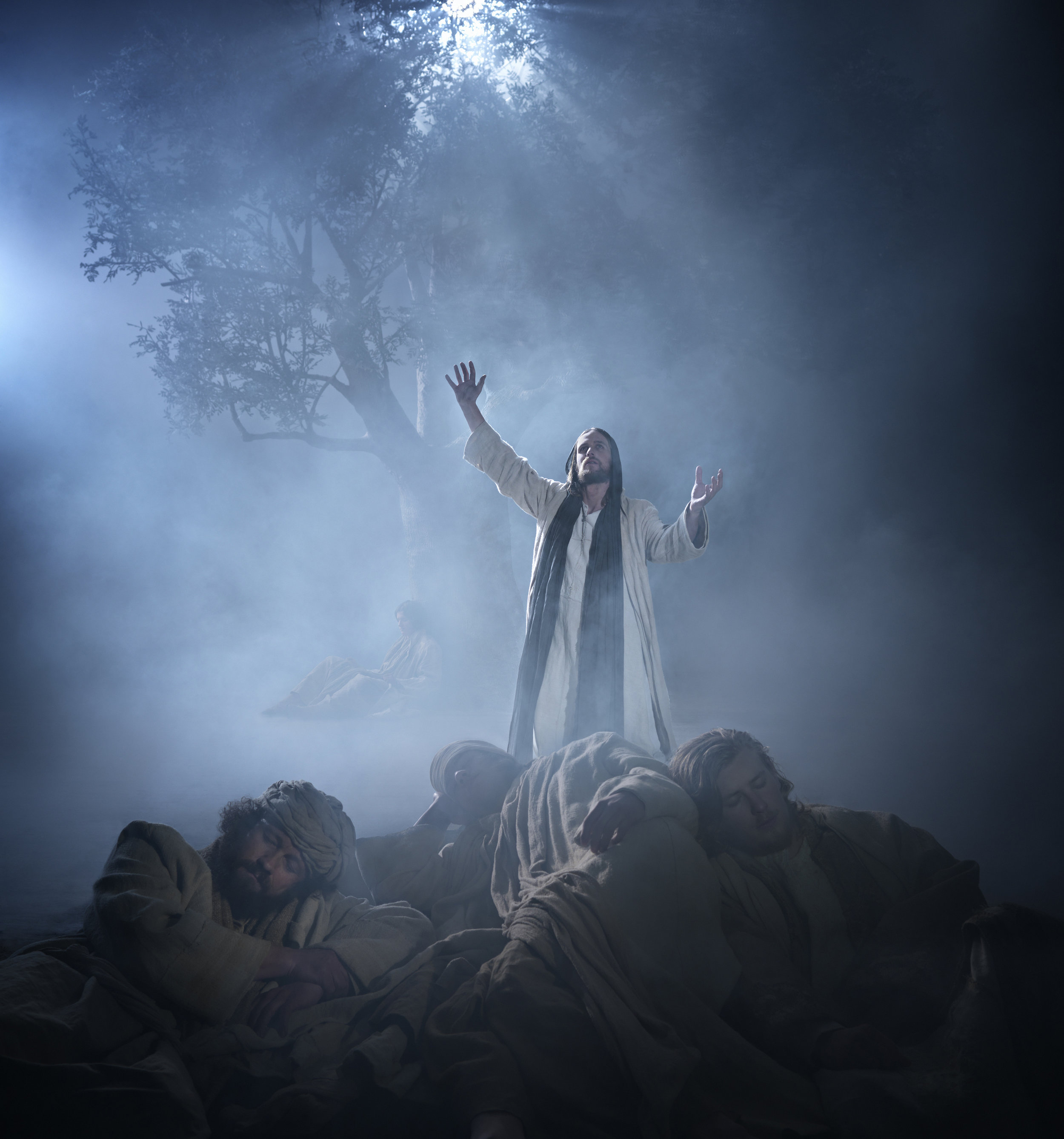 The play first came about in the first half of the seventeenth century, when the bubonic plague was ravaging Bavaria. The townspeople, terrified, made a vow with God: if he would spare them of the plague, they would produce a play every ten years from that point forward, depicting the life and death of Christ.

God delivered. Before the vow, the death rate had escalated to 20/1000 people per year by March of 1633. After the vow, the rate quickly dipped back to just one person in July 1633. So, the townspeople reciprocated and the first play was produced in 1634. It’s been performed every ten years since then (switching to land on years ending in zero in 1680), with repeated performances taking place over five-month periods.

A huge production, the 2010 season of the Oberammergau Passion Play included 102 performances and involved over 2,000 townspeople serving as performers, musicians, and stage technicians.

A Familiar Story Made New

For Father Eric, the play also offers a unique way for pilgrims to grow in intimacy with God’s word.

“The trip enables people to reflect on Scripture and read Scripture in new ways that are made possible by doing something like experiencing the Passion play,” he said. “This trip gives you a new appreciation and understanding of Scripture, to see the Passion narrative from the Gospel presented in a new way.”

In his own faith life, he’s been reflecting on one particular image. One he’s looking forward to seeing dramatized in Oberammergau. “I love that image of Jesus giving birth to the Church through his suffering and death,” he said. “It means we are bathed in blood and water that flows from his side. It speaks powerfully to who we are as individuals and as a Church in relationship with Jesus.” 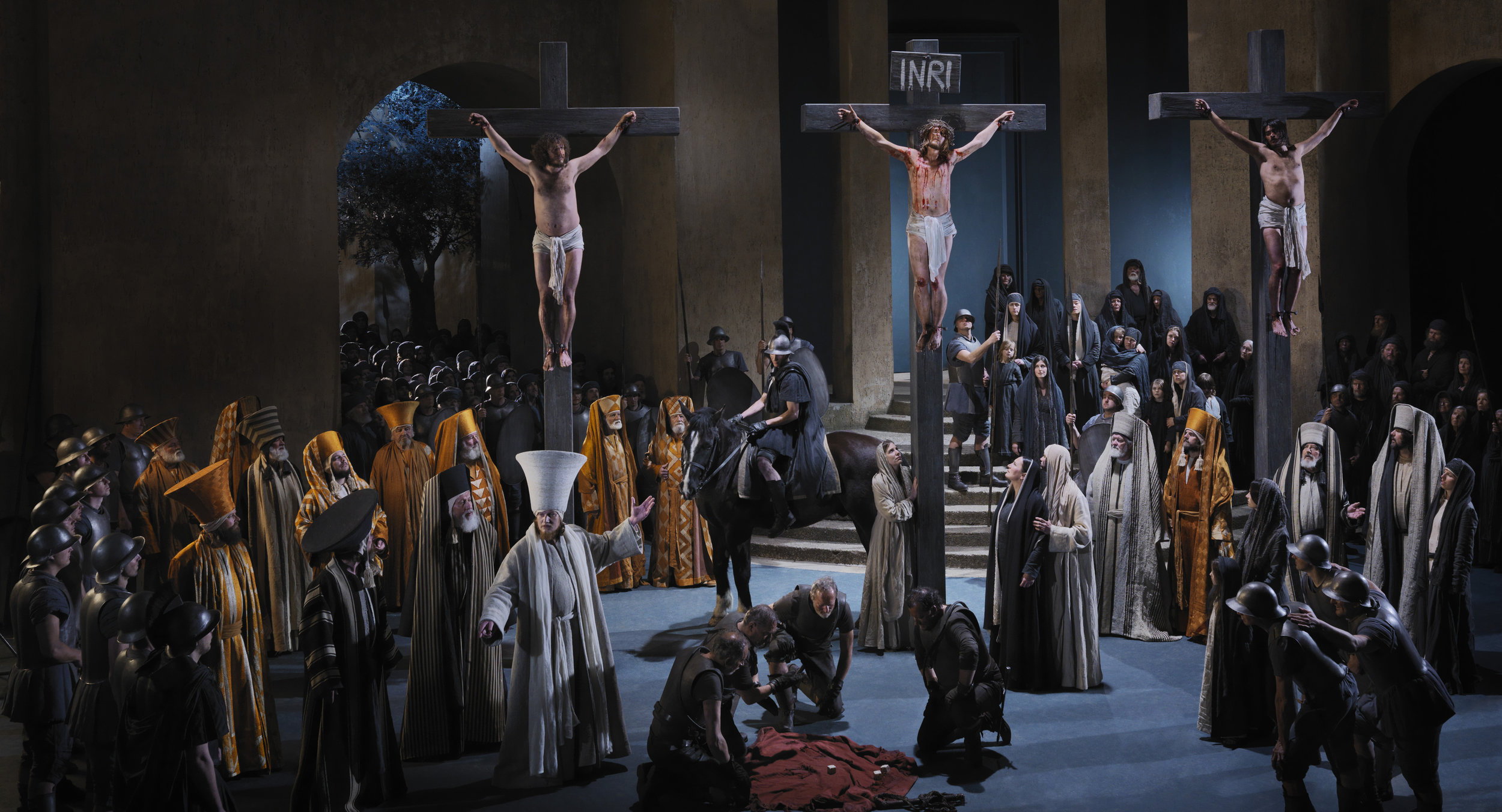 Oberammergau isn’t just a destination, it’s a call to grow in faith and perspective. As Father Eric puts it, “for many of us, our spiritual lives can sometimes become stagnant where we’re at. Going somewhere else where there’s a culture, history, and tradition of spiritual practices, or where there’s a witness of piety — that pilgrimage is an opportunity for us to rekindle our faith. It’s a way to grow in a different direction that sometimes is challenging to do in our daily lives.”

Come with Fr. Eric, Father Tony Hollowell and Verso Ministries at the Oberammergau Passion Play in July 2022. This 9-day pilgrimage lets you experience the history, castles, and culture of Switzerland, Austria, and German before ending with the grand finale: the Passion Play. Plus this package is comprehensive — including hotels, meals, tickets to the play, local guides, and more.

Discover how Verso does pilgrimage to Oberammergau. If you’re ready to register, sign up today.